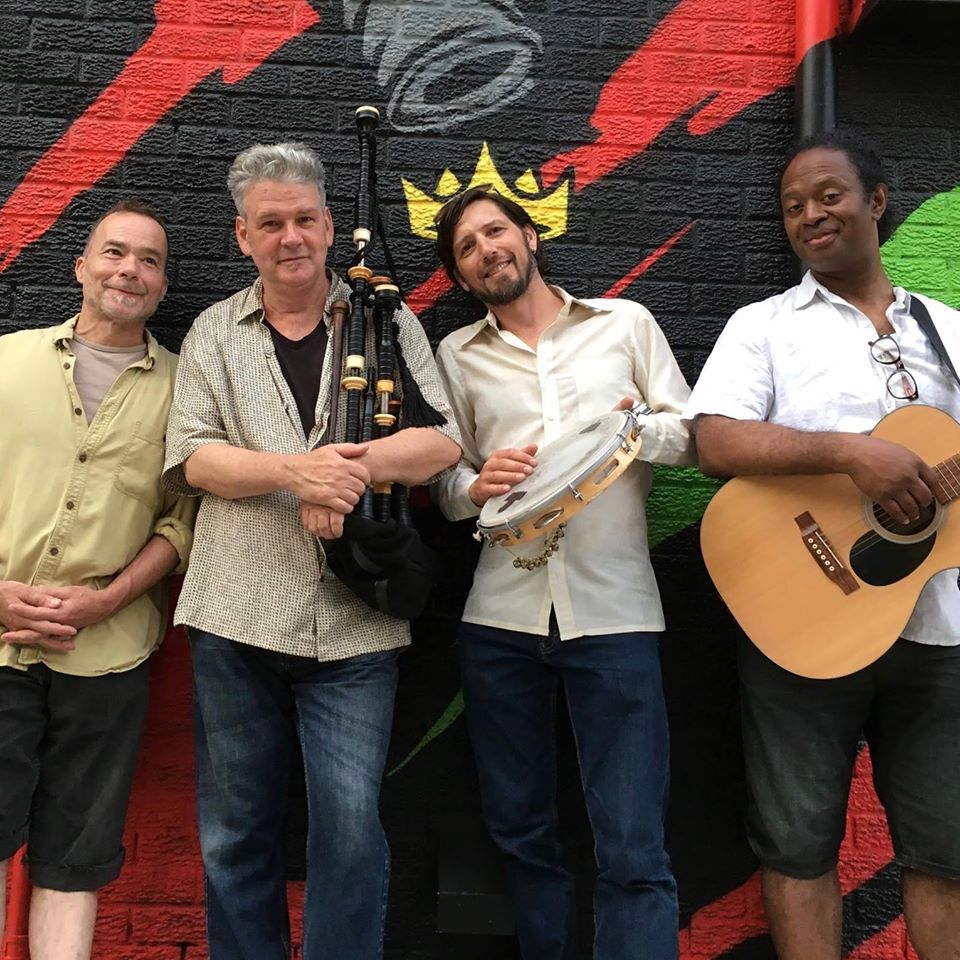 Grier began his musical career on the street in Toronto playing bagpipes at the corner of Yonge & Bloor in the mid 1970’s. In 1977 his picture was featured on the front the Toronto Star being arrested for “projecting noise into the street”, a charge he later beat in court. He was an original member of the eclectic Canadian band Rare Air throughout the 1980’s, critically acclaimed as musical pioneers of their time and performing extensively throughout the USA, Canada and Europe.

In 1993 Coppins founded Taxi Chain and began writing songs. Taxi Chain is an original musical adventure, “a delicious smorgasbord of R&B, soul, and pop with a large side dish of bagpipes, bluesy jigs and reels with strong overtones of old school funk, rock & roll, country, folk and world music”.

Coppins’ live performances are always ‘musical events’ featuring bagpipe & saxophone parades and extended instrumental journeys. Between Rare Air & Taxi Chain, Coppins has played almost every major folk festival in Canada and the USA at one time or another and a paupers’ wealth of clubs in between.