Singer, songwriter and harmonica player Paul Reddick has been performing his critically acclaimed original songs on stages across Canada, the USA and Europe for over 30 years. 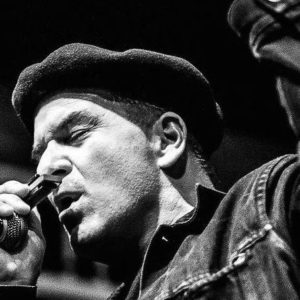 He has recorded and written with Colin Linden, Tom Wilson (Lee Harvey Osmond) and MonkeyJunk among others, and recorded 10 albums of his own. His most recent recording, Ride the One (on Stony Plain Records), received the 2016 Juno Award for Best Blues Album.

Often referred to as the Poet Laureate of the Blues, he has been exploring and pushing the boundaries of the blues art form his entire career. His dedication, “Blues is a beautiful landscape”, led him to create the annual Cobalt Prize for Contemporary Blues Composition in 2014 which encourages the growth and vitality of blues music.

Renowned for his intense and hypnotic performances, Paul Reddick has developed a loyal following amongst both his fans and musical peers and continues to be one of the most compelling performers on the Canadian music scene.

Joining Paul on stage will be Adam Beer Colacino who has played at the Old Church Theatre on two occations with the Sinner’s Choir.

SP2 is world-class blues & roots  acclaimed singers, songwriters, guitarists Steve Payne and Paul Hobday. Steve and Paul form a powerful roots/blues/boogie duo, playing original compositions appearing in folk/blues clubs and festivals throughout Europe and the UK.  They will be joined by our friend and yours, Al Lerman. 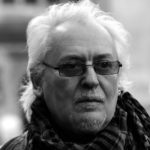 Steve Payne has been described by many as one of the most unique guitarists, multi-instrumentalists and singer/songwriter/performers of the modern day Blues/Roots genre.
He has joined the ranks of the “almost legendary” in the Roots/Blues community, and has  shared the stage and bill with many of the greats of the Blues and Folk world, including BB King, Dr John and countless others. 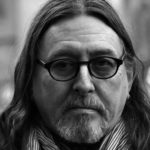 Paul Hobday has worked for many years as a songwriter and renowned ‘gun for hire’ guitar player, working with bands and singer/songwriters performing live and in the studio.
He owns and runs his own studio ‘ from his home in Chepstow where he specializes in recording acoustic artists. In 2011, Paul joined Steve Payne for his regular “Easter Run” tour of Germany and the Netherlands, in 2011 and they have played together as a duo ever since, touring in Ireland and Canada as well as Europe.

Al Lerman is no stranger to the Old Church Theatre.  Outside of his 2X Juno Award winning 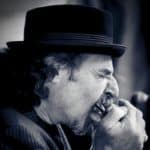 band Fathead, Al has built a solid career touring as an solo blues/roots artist, accompanying himself on acoustic guitar and rack harmonica. Considered among the top harmonica players in the country, his prowess on the instrument has earned him several Maple Blues nominations. 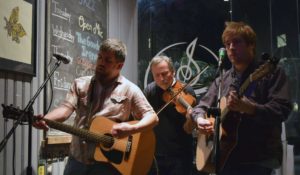 Three singers, two guitars, one fiddle, and over 500 songs at our disposal: Traditional and original folk, blues, country, bluegrass, fiddlin’ tunes … no rules, no limits, no setlists!