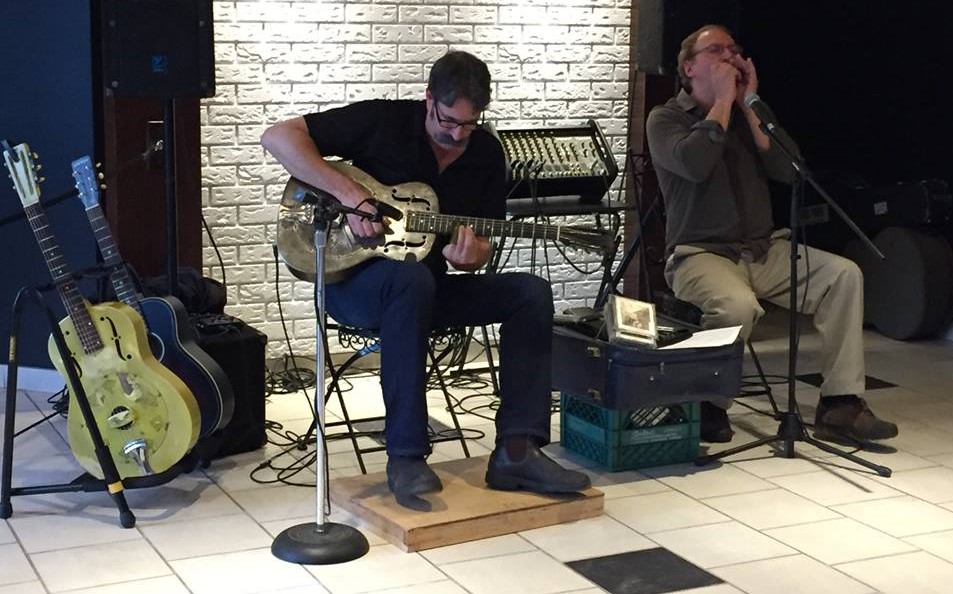 Tony Vani and Kenny Pauze, a recently established duo in the Quinte area blues scene but certainly not new to the music world; two highly seasoned musicians paired in this sizzling acoustic format. Tony Vani, from Belleville, Ontario, a skilled harmonica player/vocalist has performed in and around the Belleville area as a single act and as a group act for decades. He has played at the Kingston Blues Festival and the Frankford Blues Festival. The best description for his playing is “authentic.” I hear flashes of Charlie Musselwhite and the immortal Little Walter, according to music reviewer David Reed of the Belleville Intelligencer. Kenny Pauze, a gifted Delta Blues and Folk guitarist from Elgin Quebec, has played at clubs and festivals including the Ottawa Folk festival and the Tremblant Blues Festival. The music focuses on blues and folk styles, yet covers a diverse range of styles from hot and feisty up tempo boogies, to down and dirty blues.