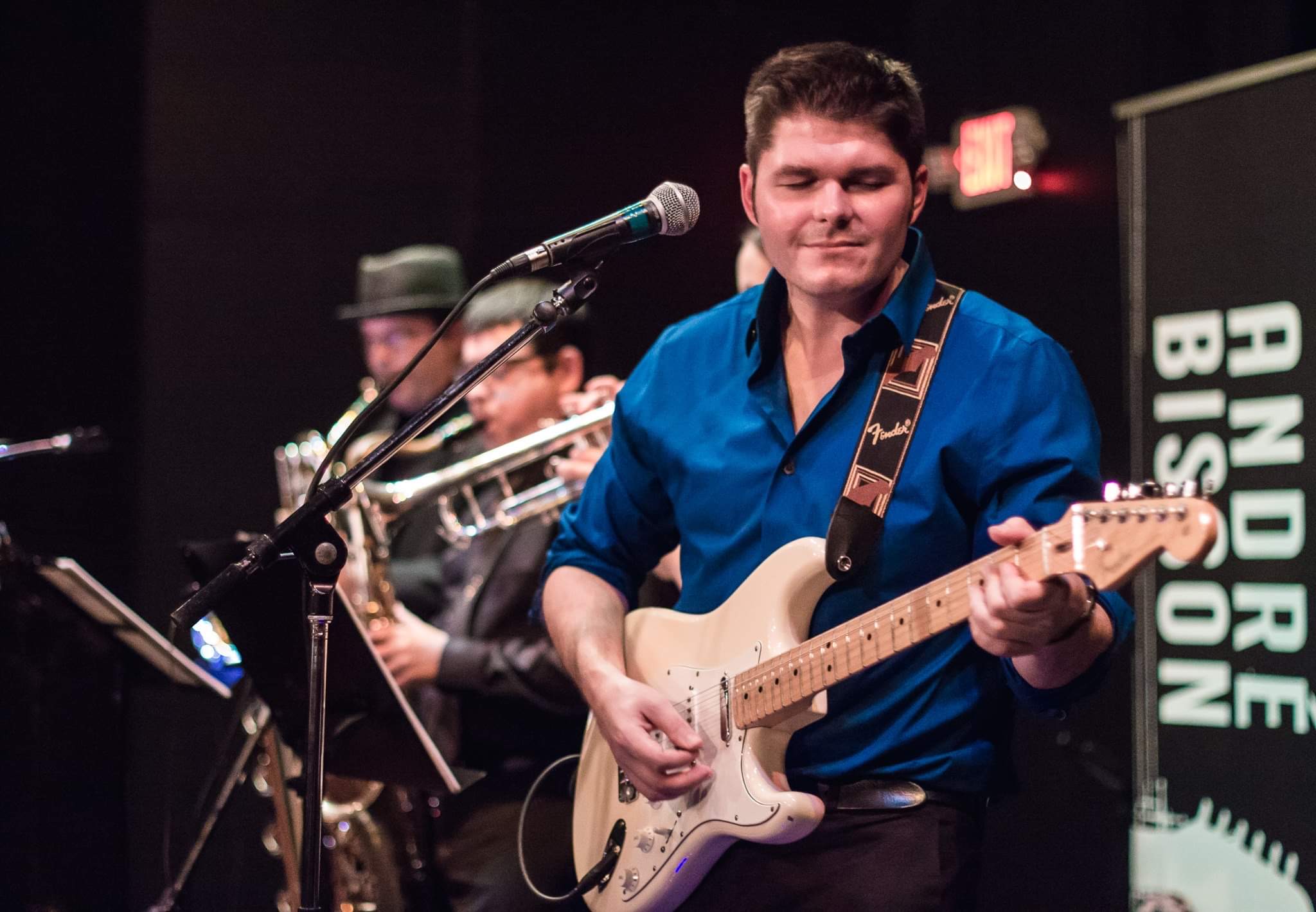 When one thinks of all the great performers of soul and rhythm & blues music, one doesn’t usually associate it with a young man from Northern Ontario – until they meet Andre Bisson. The award winning composer, arranger, guitar player and vocalist is one of the hardest working musicians around. Soulful, talented and sharp Bisson was clearly born with a passion for music and performing, as well as the smarts and talent to pull it all together and build a large following in Southern Ontario and beyond.

Andre Bisson spent a large part of his formative years performing in bars and festivals in his hometown prior to relocating to Hamilton to study at the acclaimed Applied Music Program at Mohawk College. It was here that Bisson, with his raspy and soulful voice, formed his band.

The Andre Bisson Band has been entertaining audiences across Canada, US, UK, and Europe. Their overseas tours have included festivals in Bentworth, England, Northern Ireland, Liverpool, Cardiff, Wales and others. Bisson has been recognized in the blues community for his eight studio album releases. He was Voted Best Rhythm & Blues Album of 2009 by Blues Underground Network, and Best CD by the Hamilton Blues Lovers. Bisson was also nominated for Overseas Artist of the Year at the British Blues Awards and won Hamilton Blues Awards’ Male Vocalist of the Year (2015). In 2017 he was New Artist of the Year at the Maple Blues Awards and has earned many other accolades. Recently his song Is This Happening won Song of the Year (Male) on Blues & Roots Radio.